YAY!!! A two-fer! This project has been on my list for a while now. I’m glad to have finally ticked it off the list AND have it qualify for the Historical Sew Monthly! Let’s revisit the list again, shall we?

Hm, well… I was hoping to get more done in the first month, but I suppose those two things plus mom’s purple dress is actually a lot of stuff to do in a month’s time.

Anyway, back to this project: I made this white silk petticoat in preparation for a Burnley and Trowbridge workshop I attended in 2013. I decided to hem it at “walking length” but it looked goofy-as-all-get-out in pictures. I’ve worn it a few times since then and have never been happy with it. The last time I wore it (probably in 2015) I decided I wouldn’t wear it again until I lengthened it with a flounce…. It’s been a while.

And full disclosure… I finished it yesterday… So technically it’s the January challenge but I was 5 days late! Sorry.

Uggggggghhhh, that first photo! I’m so glad I took the plunge to do the ruffle.

You can’t escape the baby…

How historically accurate is it? I would say 95%. The entire petticoat is handstitched and the pinked edge of the ruffle is done with an antique pinking chisel then a small ruching channel gathered and attached with running stitch. I’m sure there’s probably something I did non-HA but I don’t know what it is! 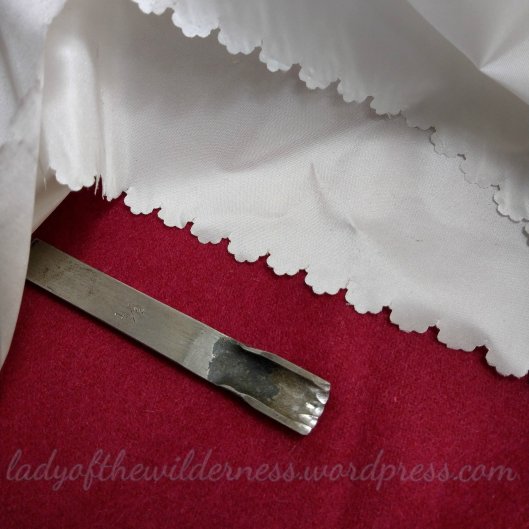 Hours to complete: For the ruffle addition, it took me approximately 5 hours to finish- unfortunately that was over 4 evenings because I have a baby and babies make things harder to accomplish in quick time.

I love any silk that’s squished. Makes it look like whipped cream!

First worn: For these pictures!

Total cost: $30 for the 2 yards of fabric it took for the ruffle.

Takeaway: As I was putting the lovely ruffle on, I decided I also want to redo the pleating and waistband because it’s BAAAAAAAAAAAAD. It’s one of those things that you look back on and think… WTF PAST ME!? Eventually I’ll get to that. I have to bleach some linen tape first…. Onto the “Must-Do List” it goes, again!

For the 2017 new year, my husband and I found ourselves around the TV with his family basically just hanging out until the clock struck 12. His sister read a book and his nephew played on our WiiU, while his mom chuckled here and there when his nephew would lose or something….. I got terribly bored. I mean: BORED.  I don’t mind hanging out, but this was largely a solitary occasion we were having- I was getting antsy to get my hands on something. After a little while of frustration, I whipped these puppies up [mostly] before the new year and finished the eyelets yesterday! 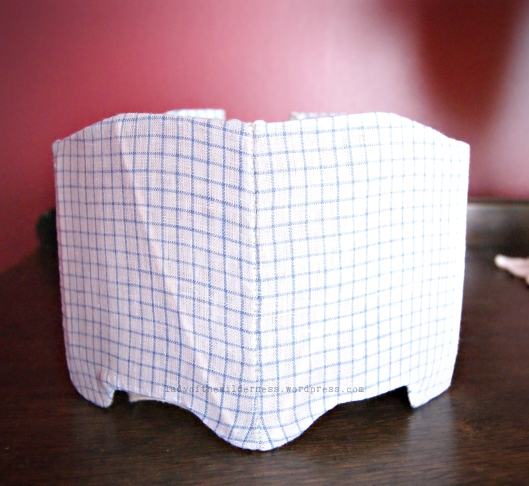 So cute and little!

Oh- if you follow my blog but not my facebook page, this will be our baby announcement to you! My husband and I are expecting a little girl in May which is why I decided to make these adorable little things.

The Challenge: January: Firsts & Lasts – Create either the first item in a new ensemble, or one last piece to put the final fillip on an outfit.

This is the first piece made for my little Anne’s 18th century wardrobe. She won’t be able to wear them until she’s close to a year old (or maybe a year from now… we have big babies in both our families) but I figured if I have the time to make them now, might as well!

Pattern: Anne’s stays are largely based off of an extant pair from the Memorial Hall Museum. The Margaret Hunter Millinery Shop at Colonial Williamsburg made a pair I got to handle while I was interning. Two Nerdy History Girls have done a blog post about them, as did Sew 18th Century. I made these slightly smaller than another pair of extant child stays from the All the Pretty Dresses blog– but similar in size to the yellow pair at the Philadelphia Museum of Art. These are the smallest pairs of infant stays I could find measurements for.

Anne’s stays measure 18″ wide and 5″tall at center back.

You might also notice the light boning in the stays themselves: My fabric is slightly see-through, so you can see the boning really well. In the pair from the Memorial Hall Museum, you can barely make out some extra reinforcements of boning in a similar arrangement to mine. Sew18th Century also made her stays like that, so I figured it was a good idea. The boning is simply basted into the pasteboard before covered with fabric.

(There’s also some extra stitching on the extant pair at the CF point, waistline, and armscyes. I suspect it’s either extra reinforcement (padding for comfort) or repairs)

First worn: Give it another year

Favorite Part of the Project: I love 18th century pieces because you finish them as you go, so once you assemble the pieces, it’s done! That’s how these were. 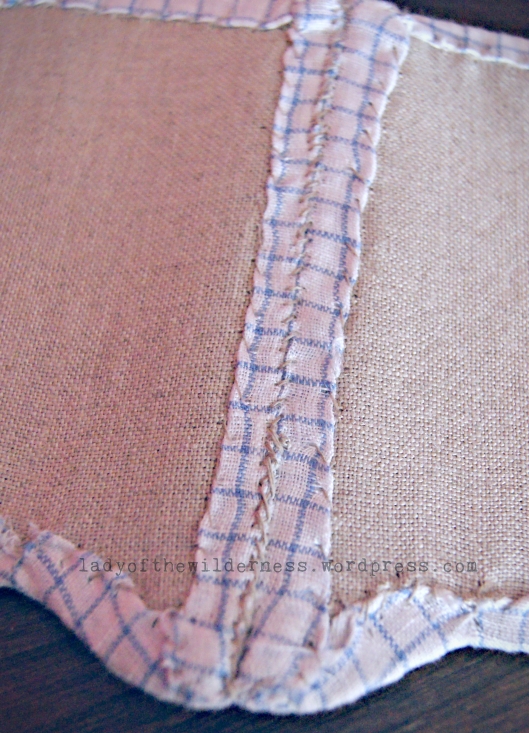 These stays are constructed much the same to other 18th century stays. Pieces are whipped to the others.

My next favorite part were the eyelets. On originals, you can see the eyelets are 3/4’s of the way bound and then wrapped around the outer edge. I’ve seen other stays done this way, BUT in the case of these: if you were to bind the whole straight through the pasteboard, it would perforate out the eyelet entirely, so the wrapped part might be a way to combat that. I thought that was cool.

Comparison of eyelets from the Memorial Hall Museum

Good afternoon, folks! A lot has been going on despite how quiet the site has become. I’ll post more on it later, but in other words, I have more time available to me now. This time has so wonderfully allowed me to work on a much needed project:

How historically accurate is it? 99% (because who knows?)

This project has long been overdue. I have needed a good shift for ages, and I decided to make this one entirely handstitched (averaging 25-30 stitches per inch) It took a while. Nothing is fancy other than some piecing the sleeves at the back. Pictures show the garment after it had been thrown in the wash. Enjoy!

Just some of the MANY little stitches I had to do. 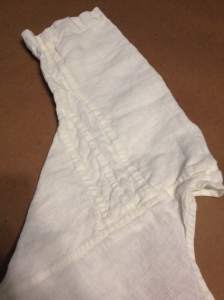 Well people, I’ve done it. I finished these puppies in just over 2 weeks (nevermind the extra week to blog about it)and way early for the Historical Sew Fortnightly Challenge #12 (Due July 1st!) Handsewing everything is definitely way more time consuming, but they’re done! They fit perfectly and feel very secure. I’ve not lined them, as it’s not necessary and since I’m on short time.

Here are the specs in Historical Sew Fortnightly fashion:

How historically accurate is it? Everything is accurate, except for the steels I put in the CB. Garment is entirely hand stitched. Because of tight lacing I didn’t want the cane to break, steel is safer.

Hours to complete: around 65 hours

First worn: Will be worn for the Italian Gown Workshop in late June.

Overall, I’m happy with the result, there are just tweaky things I’ll have to change for the next pair. There was some widging around which has turned the stays slightly askew when I put them on. Also, white stitching isn’t forgiving. BUT They do their job and pull my waist to a comfortable measurement (24.5ish)

When I’ve not eaten so much for dinner, these should close up all the way….